Over the past couple of weeks I've managed to get a couple of board game sessions in with some good friends. Whilst not miniature gaming but at least it's a start

First off, we played Pandemic, a fabulous co-op game battling against diseases spreading around the world.  I can thoroughly recommend checking it out. Next we gave Last Night on Earth,  a zombie board game. It was close until the most dangerous character lost her chainsaw

On the painting front I've assembled the plastic tanks from the starter set of All Quiet on the Martian Front I bought a while back. They're going to get a quick paint job so I can get them on the table. Expect photos after a couple days

Finally,  I've jumped in on a Kickstarter project from Crossover Miniatures.  U.F.O. Squad pits human troopers against groups of greys and other nasties in 28mm scale. There are also a drop ship for the humans plus a gorgeous little saucer for the greys 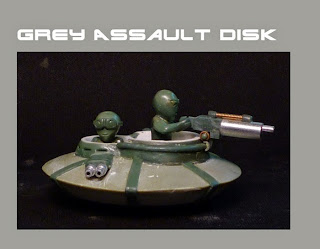 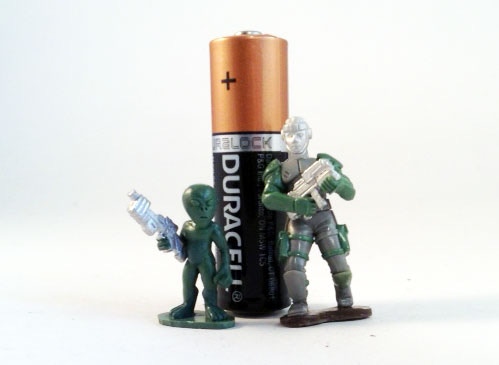 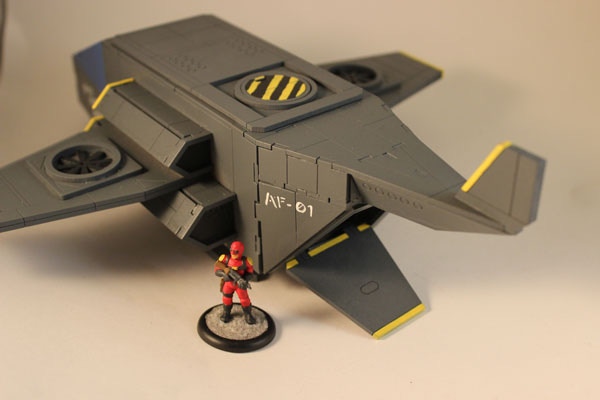 Email ThisBlogThis!Share to TwitterShare to FacebookShare to Pinterest
Labels: All Quiet on the Martian Front, Boardgame, Kickstarter, Painting 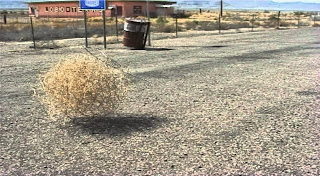 Nearly six months to be honest since I last updated my blog. Not for a lack of wanting to do things

I've been ill, seriously ill to be straight. This has left me with some lifestyle changes that has hampered me during normal day to day life

Anyway, enough of the reasons I now have started to do a small amount of painting again so will endeavour to publish something

Email ThisBlogThis!Share to TwitterShare to FacebookShare to Pinterest
Labels: Misc

Something a bit different, some 15mm figures for a change

I've always had a soft spot for 15mm sci-fi figures and when the Ion Age launched their range of figures, vehicles and scenery I dived straight in with multiple purchases. Now, this was fine but after a few months I found myself with a box file full of stuff to paint..

So, I grabbed these couple of packs to start the ball rolling on getting some of them painted. These are both Tesseran's of the Shia Khan Empire, the enemy of the Prydian human forces

click pictures to enlarge
Simple colour schemes that were quick to paint and look good on the tabletop, just what I need!

Nick
A gaming veteran of over 30 years. I prefer smaller skirmish games rather than the large battle type. I also enjoy boardgames and the odd computer game. I paint figures for both Killer-B and Space Vixens companies. Ex-editor of Ragnarok, the magazine of the Society of Fantasy & Science Fiction Wargamers